Average score from 1 reviews and 3 ratings 87 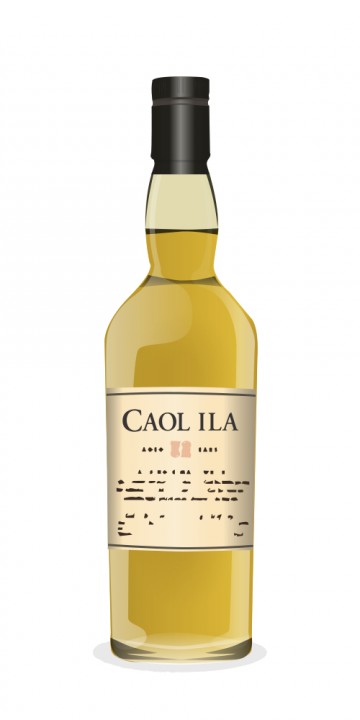 Caol Ila is the largest distillery on the island of Islay, situated on the coast with a nice view of Jura on the other side of the Sound of Islay. The warehouses, three levels high, are filled with the well-known peated spirit on oak casks, but new production is shipped to the mainland for filling and maturation. Caol Ila has been experimenting with unpeated spirit – mostly for blends such as Johnnie Walker – sinds the ‘80s of last century. This resulted in the fact that the the production of this spirit was manual labour until 2005. Because of the high demand of peated spirit, this unpeated version is no longer being produced. Luckily, quite a few casks still have to be bottled in the coming years.

I’m sampling the 8 Year Old Unpeated Style, bottled in 2007 at a cask strength of a whopping 64,9% - the strongest whisky I’ve tried so far.

It has a nice viscosity, although it does take the tears quite a while to appear. I love the sunlight color.

This is a typical bourbon cask: sweet and creamy with loads of vanilla and young berries. There are citrusy notes and some seaweed, but they are hardly discernable. A pinch of salt, maybe. But it’s obvious that the vanilla plays the first violin. Adding some water even kicks the citrusy notes completely out of the orchestra of flavours: sweet and nothing but – quite a surprise for a Coal Ila expression, but a pleasant one at that.

The almost 65% ABV comes close to searing your through, but not quite. This is good stuff, even though quite one dimensional. The flavours do not develop any further. Vanilla with a touch of citrus and that’s it. Mind you, it’s more than enough in this case. This is truly a good whisky. Adding water doesn’t change the palate much, except add a little metal flavour.

The sturdy finish is very long and makes you want to get some more of this. Hmmmm.

This young, little Caol Ila misfit can easily compete with some – older – drams from the Highlands.

Lovely stuff. reviewed it myself a few months ago. was really surprised i actually liked unpeated Islay...