Average score from 4 reviews and 6 ratings 86 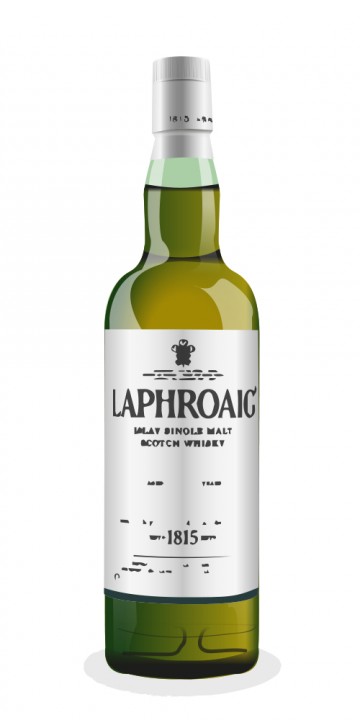 Saw this sitting on the shelf at the duty free and took the plunge to get a bottle. Here are my findings:

Nose: Gasoline, medicinal (think band aids), burning rubber, matches, sea spray. After letting it breath, you get the addition of pear and vanilla. So basically, a Laphroaig through and through.

Taste: Light body, smooth texture, that has a rich and intense flavor. The translation from the nose is spot on. Peat spice, rubber, smoke, brine, ash, barley sweetness. The extra maturation however, makes this taste much more well put together than regular Laphroaig and gives it a smoothness that I don't recall in the other variations.

It's good Whisky, but I fail to see what, if anything, the "special" maturation adds to this dram. It has all the elements of classic Laphroaig, however, it's slight more rounded. By this I mean it's refined Laphraoig. It's not as intense as the 10 CS or as flavorful as the QC. It's more in balance than regular Laphroaig but in doing so, it sacrifices the elements that make Laphroaig what it is. I don't find this Whisky far off the mark, but I'd stick with regular 10 CS because it's just not different enough to merit the extra coin.

Laphroaig have continued with their tradition of Duty Free releases. Previous expressions include Quarter Cask, Triple Wood and PX Cask now there is QA cask. They have also recently released An Cuan Mor which I haven't opened yet so will compare shortly but back to QA cask for now.

Mine came in a 1 litre bottle (bonus) and this bottle has been open for around 4 months now. QA is an abbreviation of Quercus Alba which is Latin for American White Oak.

The first maturation is in ex-bourbon barrels, followed by a transfer to un-charred American white oak (QA) casks. This 2nd maturation gives this expression stronger and more intense vanilla notes.

It's a light pale straw colour with a slightly oily appearance.

The nose is distinctive. Coastal sea spray, iodine, sticking plaster and heavily salted yet sweet caramel. You can smell the smoke subtlety wafting around at the back.

On the palate you get wood and smoke upfront. It has a big peaty punch and the vanilla sweetness comes through.

The finish it long, smokey, sweet with an oak tang. Mild peppery spices tingle gently but the smoke and oak life on for a good while.

It is softer and slightly sweeter than the 10 yo. It's only 40%ABV and you can tell. It is very nice and as a huge Laphroaig fan it doesn't disappoint and yet doesn't rock my world either. Good entry level bottle and interesting.

I've been closely following these Travel Retail exclusives from Laphroaig and have managed to try them all. The PX (which is excellent), PX Triple Matured (also of a very hight quality) and now this, the QA. The QA stands for Quercus Alba which is basically the latin name for American white oak.

The Laphroaig QA is ex-Bourbon spirit which has seen a final maturation in new American white oak casks. The idea was to give the peated spirit that warm vanilla and chocolate glow that comes from new American oak. The actual result? A complete mess.

The nose is nicely Laphroaig, I must admit. It has the right balance of peaty smoke, that familiar iodine, a touch of citrus and wonderful hints of warm vanilla. My favorite part of the malt.

The palate, however, comes and goes in a flash and refuses to stake any sort of claim. The light bodied sugar water with hints of citrus is one of the most disappointing experiences to ever come out of this great distillery. Quite sad actually.

An equally disappointing finish has some spice and a touch of oak.

@Pierre_W I'm actually a little confused about that. There's not a lot of information about those two expressions. The first one is definitely called PX Cask. I've written a review about it as well. It's quite full bodied and has a charred chocolate feel to it. The PX Triple Matured (while essentially the same process - QC into PX cask) is very oily and a lot less iodine-y as compared to the PX Cask.

They are two very different malts that's for sure.

PX and PX Triple Matured - isn't that the same whisky?

Quite a funny name to this one, if you’re a software engineer when you hear QA you immediately think about Quality assurance, and not about Quercus Alba (which is what Laphroaig had in mind ok?) . When i first saw the press release about this one, I really thought it was some kind of April fool’s day thing, but after reading into it, I realised this is a real whisky and not a joke. So, Quercus Alba, or in English: American Oak Like its predecessors in the duty free series the PX, Triple Wood, Quarter Cask (QC) this one is first aged in ex-bourbon oak, then spends an additional time in fresh American oak barrels which have not been charred

Nose: it’s a Laphroaig alright!: iodine, rubber, brine. Not much tar. Used bandages. Some sweet wordy notes underneath but nothing very strong a bit more sugary than your 10 yo. Feels tend down a bit.

Palate: oily and rather syrupy with a pinch of ginger. Quite peaty as one might expect with the rubber still going strong. Seaweed. Smoke, yet on the sweeter side.

Very approachable and more restrained than the 10 year old by far. A very nice introduction to the distillery style for newbies, or a very nice sipping whisky for everyday. Not bad at all.