Average score from 3 reviews and 5 ratings 84 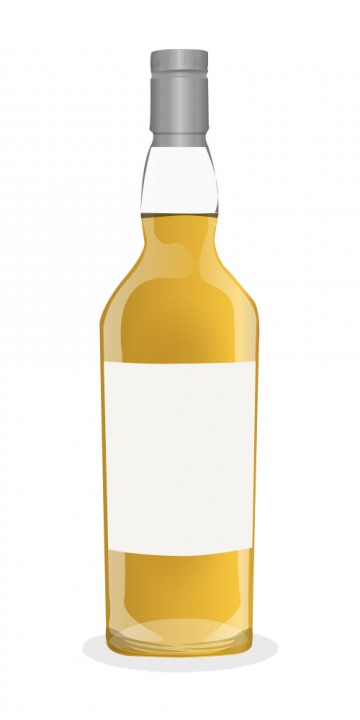 I absolutely love Caol Ila. It’s without a doubt one of my favourites. Unfortunately they don’t have a very big portfolio these days. The CS is getting harder and harder to find, and the 18 year old hasn’t been around for a couple of years. Even the 12 has seen a recent price hike here in Taiwan. Of course, you can and should check out some IB’s, but you could also look for Port Askaig; Caol Ila’s non-OB OB. Today I’ve got the 17 year old. It’s un-chill filtered, naturally coloured, and bottled at British 100 proof. I like it already.

Thoughts: Beauty through simplicity. There’s nothing new, groundbreaking, or unexpected here. It’s classic Caol Ila, and it’s VERY well done. The peat, the brine, the citrus, the honey; they’re all here. In keeping with the house style, it isn’t heavy or overly phenolic. As one might expect, the oak is more forward here than it is with the 12 year old (I haven’t tried the CI 18). It’s drying, warming, and gently spicy. Excellent choices of casks, I think. The conventional flavours find themselves perfectly balanced, and the light mouthfeel and restrained phenols make this a gentle giant. It’s top-quality stuff that’s both effortless and deeply satisfying. I find this brilliant.

Sukhinder Singh, the man behind the famous London retailer The Whisky Exchange, also founded the independent bottler Specialty Drinks Ltd. You know them well, for they are the company that came up with the beautiful Elements of Islay-series. Well, it's that same company that also bottled this single malt from Islay.

Port Askaig is not a distillery. But the village on Islay of the same name does have a distillery: Caol Ila. So rest assured that this Port Askaig is 100% Caol Ila in disguise. It is bottled at 45,8% which is not cask strength. It's Imperial 80 Proof (which is also what Talisker uses). Port Askaig was first introduced around April 2009.

On the nose, two typical coastal aromas dominate: peat and lime. Underneath I get hints of smoke, hay, honey, beeswax, burning wood. Nice, but rather aloof and light.

It's quite oily on the palate with the peat coming out to play, immediately followed by the lime. More powerful than the nose would make you expect and definitely not in need of any water. At the back of the tongue, right before I let it go down, I get pepper and light tar. And it gets quite briny.

The finish is a confirmation of the taste (salt & tar) and lasts for quite a while.

This is a very enjoyable Islay malt. A damn good Caol Ila.

This seems very interesting! Is it expensive?

CONTEXT: I purchased this bottle on the recommendation of my local stockist, as Port Askaig has widely been rumored to be from the Caol Ila distillery. I’d recently finished my bottle of Caol Ila 12yo, while the 18yo seemed way too expensive (over 100 Euros) and had had mixed reviews compared to the 12yo, so I thought this would be an interesting compromise.

NOSE: Tingling, not unpleasant, but bordering on aggressive. The main smell is burnt rubber and medicinal. Very little smoke for something touted as a Caol Ila (I’m starting to think that this will not be what I thought it would be). Adding water removes the aggressivity, but does not really change the overall nose (still no smoke to speak of).

PALATE: Definitely not Caol Ila (in my personal opinion); austere, thin, extremely drying and a bit sour. No viscosity, no unctuousness, no smoke. Strong ethylic component along with the burnt tire first detected in the nosing. Adding water unleashes a bitterness (akin to the Jaegermeister and Underberg bitters that one finds in Germany) that goes on to relentlessly dominate the palate from then on. The bitterness is not unpleasant, but it really takes over the whole show. Though this malt feels very thin on the palate, the bitterness of its finish really permeates the mouth (BTW: I am quite certain that I am not confusing bitterness and peatiness).

FINISH: The finish really has 2 components. A strongly tingling on the front of the tongue which remains for a minute or so. On the other hand, the bitterness remains for a long time. In fact, I had 3 servings of about 4cl, separated by about 15 minutes each, and each time the bitter finish was still strong as I sipped each new serving, thus creating an accretion of bitterness in the palate. After the 2 serving, a smallish amount of fruitiness did emerge, but only marginally.

APPRECIATION: First of all, in my opinion, if you buy this whisky expecting Caol Ila, then you will be cruelly disappointed. I stress this point because I have seen many respected commentators (including one of my favorites, Ralfy) making a strong case for this really being Caol Ila. They may very well be right, technically, but be warned that you will not find, in the Port Askaig 17yo, the smokiness and unctuousness that Caol Ila aficionados have come to expect.

More generally, and leaving aside the Caol Ila misunderstanding, this is an interesting whisky. It is in the same extreme phenolic league as other Islay malts such as Ardberg, Laphroaig, and Lagavulin, but with a bitter component that stands it apart from these (and which I enjoyed). That being said, it is much too thin and drying for my liking, and I will likely not return to this bottle often. At over 70 Euros a bottle, once this bottle is finished, I do not plan to buy another one.

Wow, guys! Thank you for taking the time to read my review and for all the feedback. In the future, I will try to be more circumspect in my pronouncements and I will make sure that they come out in as unpretentious a manner as they were meant to be.

As regards the present review, let me clarify 3 issues.

I did not mean to say this was a bad whisky. A “bad” whisky would have meant, for me, a rating below 5 (a failing grade). As a total neophyte, I would feel extremely uncomfortable passing such a harsh sentence. Actually, as a neophyte, I already feel uncomfortable issuing any rating (the subject of another thread) and therefore I gave it a “B” (70-75%), which in my school years, was always an honorable grade for “essay” subjects where there is no right and wrong answer (such as literature, philosophy, …). I thought that the context of my rating was apparent from the text of my review, but I will try to make it even more so in the future.

My comment that I would not be replenishing this bottle, once it was finished, was not even meant to imply that I did not personally like this whisky. It just reflected the fact that, as a totally unknown neophyte, I have to pay for all the whisky I taste, and as an amateur, I cannot even write it off as a business expense. Therefore, I must make choices in the way I allocate my whisky budget. I did not mean to disparage.

Finally, as a neophyte, I may have been reckless in giving my opinion on the putative provenance of the Port Askaig whisky. And, for awhile, I thought of cutting this part out of my review. As WhiskyNotes pointed out, my experience is limited to the 12yo and 18yo expressions of Caol Ila, while on his site he has reviews for 12 expressions of Caol Ila (including 2 Port Askaig ones). But I finally decided to keep this part of the review for other neophytes, like me, for whom the most accessible and affordable expression of Caol Ila is, in my opinion, the 12yo. I now see that I should have been more careful in specifying that the “Caol Ila taste” that I referred to was only based on my experience with the 12yo and 18yo. Live and learn ;-)

By the way, there is a good reason why distilleries sell some of their casks to independent bottlers. In many cases, the official distillery profile is quite different from what you can find in independent releases. Since buyers expect consistency from official bottlings, the out-standing (literally) casks end up with the indies but they're still a valid part of the distillery profile as a whole.

Also remember that apart from the Feis Isle release last year, Coal Ila has never released single casks or limited batches. Limited batches are more likely to express an uncommon profile because extreme casks have more to say in the overall mix.