Average score from 3 reviews and 23 ratings 86 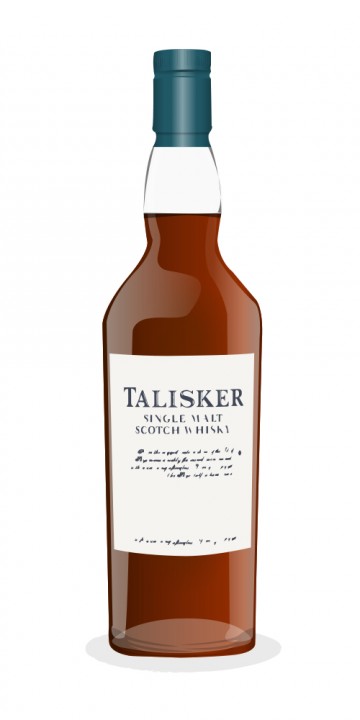 Delicious nose. Smokey, sweet, salty toffee.
A tasty Talisker delivery with that spicy peat smoke backed up by fruits and sweet toffee. A medium-long finish that does not dissapoint. Well enjoyed overall but the best thing I can mention here about the DE is this bottle was empty in no time at all. Hmmm. Slainte Mhath!

Nice review, Aulay. Simple but touches all the bases. Since your bottle is empty, maybe you could try the Lagavulin Distiller's Edition. They are like twin sisters, and I rate both very high. Slainte Mhath.

It sounds good McT. The Lag-DE is definitely on my list.

I picked up the Talisker 3-pack, which I sampled with some friends last week - for my first "official" review I chose what I thought was the least of the three. Nice colour though - deep coppery amber colour, rather rich looking.

The nose seems to reflect that - peat smoke, briny sea air, crunchy toffee, slight white mushroom with the malt in the background. A little water brings out some dark chocolate notes but softens the brine.

On the palate, it's a little sharp - less smoky than the nose, but the smoke is still there. More toffee, orange zest, but that sharpness up front on the tip of the tongue tends to dominate, though it smooths out with water.

The finish little shorter than what you would expect, but the brine and smoke gently comes through.

Balance seems so-so - the palate and finish don't quite deliver what is promised on the nose. Overall this is least of the three Taliskers in the set, which is not to say it is bad - it is quite good - but it feels like a muted Talisker. I will post my notes on the other two in the set - the 10 Years Old and the 57 Degrees North - over the coming weeks.

The 'Distiller's Editions' have been poured into a second cask for a finishing period of about a year on top of the original maturation. Each of the classic malts got a different sherry cask to call its own. I believe the Talisker was Amoroso casks.

Matured in amoroso casks. The amoroso makes for a softer dram with an additional sweetness but There is the usual Talisker complexity with notes of toffee and dark chocolate, seaweed,damp peat, finishing with a a smokeness clloser to Lagavulin. Talisker in one my favorites the DE is good but maybe a tinker too far